Yours truly is  thrilled to have just confirmed three brilliant artists as guest speakers to visit my Saint Mary’s College of California’s Jan Term 043-01 course “The Art of Race: (Re) Imagining Ethnicity, Race, and Identity in Literature, Art, & Pop Culture.

Each of these artists have recently released new work, which I have no doubt will engage and inspire my students.

I met our first guest speaker during my residency at MacDowell Arts Colony. Carlos Soto Román will be video conferencing from Santiago, Chile to discuss his new chapbook Bluff (Commune Editions), which you can download here.  He’ll discuss with the class his poetics and process of erasure or redacted poetry and the use of found text. As with my students, I invite you to challenge your pleasures by having a go at his work with the selections below:

Our second guest speaker is long time friend and deeply inspiring poet, professor, and community advocate (I owe so much to her!), Barbara Jane Reyes, who will be visiting our class on campus to discuss her new book just released from City Lights, Invocation to Daughters. Have a taste of her words here, courtesy of Poetry Foundation.

Our third guest speaker, who will round at our term is long time fellow Angelena, who I met lifetimes ago at the L.A. based Wide Eyed Workshops,  musician and artist Marjorie Light. Video conferencing from the City of Angels, Light just released her latest album Bundok. Give your self an aural treat of her latest tracks here and find out more about her work with KCET’s feature article.

I also need to give a shout out to all the crew of SMC’s ITS who have been working with me to get all the tech ready for the video conferencing to Santiago, Chile, and Los Angeles, CA. Fingers crossed that all the equipment and connections sync for the big dates!

I’m in awe of all these artists and am truly grateful to each of them for taking the time to share their work and inspire my students. More to come about “The Art of Race” and our guest speaker visits, so stay tuned…

Have to share this fabulous cover art for Bundok by Gingee 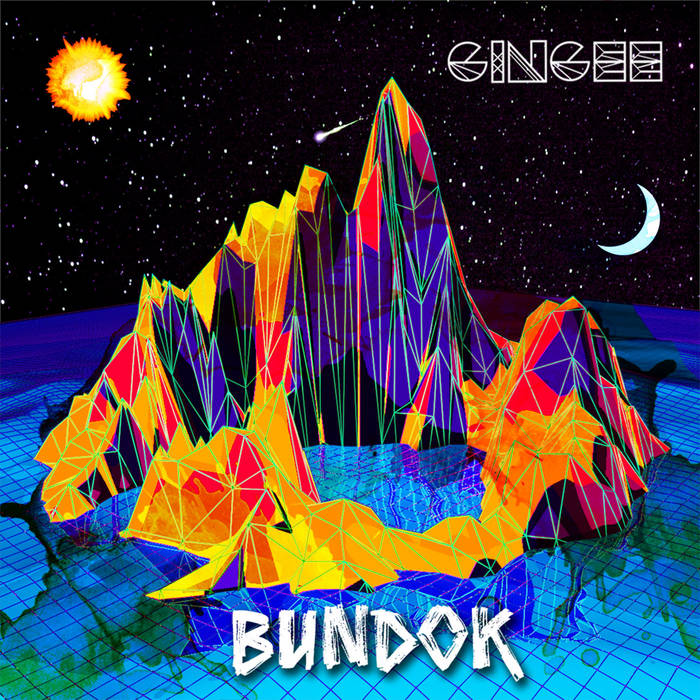 An installment of the five part series “Enlaces” exploring the Spanish, Indigenous, Arabic, and African influences in the music and dance of the Americas, on February 20 at La Pena Cultural Cultural Center in Berkeley, “Manton de Manila” showcased the beautiful embroidered silk shawls introduced across the globe by the Spanish.

Curated by Edwin Lozada, editor of Field of Mirrors and member of PAWA Inc., Lozada owns an impressive collection of mantones de manila that span from 1820 to present time, gathered from all over the world. The show traced the history of these embroidered shawls back to Canton, China, purchased by the Spanish in Manila, which starting from 1571 through 1811 served as an integral port to the Galleon Trade. The popularity of these shawls spread to Mexico, Peru, and Spain, just to name a few countries. Weaving song and dance while chronicling the shawl’s diaspora, we start first in Veracruz, Mexico.

Unfortunately, no videos or photographs were allowed by the audience, but to get a feel for the similar threads that run throughout these cultures across the globe, here are some samplings from other sources. The first performance was Mexico’s National Dance, the Jarabe Tapatio:

After the dance, the dancers told the story of La China Poblana who was neither from China or Puebla but may have been a Mughal Princess named Mirrha taken captive by the Spaniards and brought to Puebla where she was bought by a wealthy Dona and Don and christened Catarina de San Juan. She’d fashion the most beautiful embroidered skirts that glittered and shimmered, and wear them when she went to the market. The ladies of Puebla soon adopted her style, and the skirt spread across Mexico. For more on Mirrha’s history check out Stitches in Time.

The evening’s performance then transported us to the port that made the embroidered shawl so famous. From Manila, “El Paseo”:

We also learned of Saint Martin de Porres (1579-1639) the Black Saint or La Santa Negra, the first saint of the Americas. Born illegitimately from a Spanish nobleman and a young, former black slave, he grew up poor but learned the medical arts at the age of ten and was already devoted to taking care of the sick. Porres later joined the Dominican Order and led a life committed to charity.

In honor of the Saint of Peru, two dancers performed La Marinera:

The dancing ended with a rousing and riveting flamenco from Andalusia Spain:

And the rest of night belonged to the mantones themselves. Spanning from 1820 to 1940 (?), the later the shawl was made the more elaborate the embroidery and the longer the fringe, each one more beautiful than the next. From striking reds, gorgeous greens, vibrant blues and purple, the mantones de manila are marvelous creations made more unique and more lovely by the many different cultures that have stylized this shawl and called it their own. This show made me wonderfully proud to be a Chicapina.

For more information check out “Truth about the manton de Manila” by Bea Zobel Jr. on TravelSmart.net and watch for Lozada’s much anticipated book on the history and influence of the manton de manila.

Covering the flip side to “world music” The Guardian’s Tony Naylor in his “Is Ethno-techno exploiting world music?”reports some musicians love the freedom this genre grants and others think that freedom is a shameful lie:

Matias Aguayo, however, is less enthusiastic. Born in Chile, raised in Germany, now resident in Buenos Aires, the electro maverick concedes that it may be a matter of taste – “and, in most cases, putting samples of traditional songs on a techno beat is in very bad taste” – but he rejects any deeper reading of this “ethno-minimal” trend. To him, such music is cheap “exoticism”, in a colonial tradition. Where you, in La Mezcla, might hear a joyful intermingling of ideas, he hears a Western techno producer imposing order: “It doesn’t seem very ‘free’ to me. Adding a few congas and a ‘Latino’ vocal does not reflect a willingness to learn from other cultures.”

Such musical references feed into the idea of techno as this fluid global community, but Aguayo is scathing: “Maybe for techno’s easyJet set it’s a small world. But ask young musicians in Santiago or Buenos Aires how easy it is to move around. It’s naive, in a brutal way, to say that we’re all world citizens.”

Think on that next time you’re whooping it up to La Mezcla.

“If string theory is correct, at the heart of matter is music.”

PBS produces yet another brilliant series on the science of song.

The Music Instinct: Science and Song is a production of THIRTEEN in association with WNET.ORG – one of America’s most prolific and respected public media providers.

Researchers and scientists from a variety of fields are using groundbreaking techniques that reveal startling new connections between music and the human mind, the body and the universe. Together with an array of musicians from rock and rap to jazz and classical, they are putting music under the microscope.

My Tweets
Join 874 other subscribers