Soon to be released by Rabbit Fool Press, Completely Mixed Up is part of the anthology series, which

began in 1999, when Aisarema, an Asian American literary organization in Los Angeles, approached Brandy Liên Worralland her colleague James Ardena to curate a reading by mixed race Asian American poets and writers. With their backgrounds in book and visual arts, Brandy and Jamie produced 300 handmade chapbooks, entitled “Mixed Up,” to commemorate the reading…Over the next 10 years, they produced “Too Mixed Up” and “All Mixed Up,” publishing works by over 70 writers and artists from the U.S., Canada, the Philippines, and Japan.

Featuring art, photography and writing Completely Mixed Up explores  what it means to be mixed race and come from mixed heritage. Copies will be available here soon! 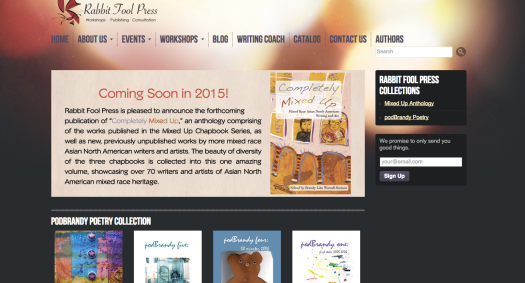